How To Measure Success of Your Marketing Campaigns

How much revenue do you need to generate off an Adwords campaign just to break even? What is break even? How many impressions do you need to even make one sale? How do you know whether your latest Facebook campaign “worked”? How do you measure the value of a guest post? While the creative side of a marketing campaign can feel like the essential piece, marketing campaign analysis is something we need to check in with before we even get to the “fun” stage.

You can do anything, but you can’t do everything. –David Allen

Whether launching an app, analyzing a guest post, or starting an Adwords campaign, it’s important to have the ability to estimate the return on our efforts. When we have a process – a structured and repeatable way – of analyzing something, it can help guide us on where the best places to spend our time are.  Since time is one of our most limited resources, we want a process (a checklist if you will) for evaluating opportunities before rushing in.

This isn’t to say that we should throw our intuition out the window (intuition and gut is what can give us the initial ideas in the first place, yeah?). We can’t account for the unexpected. But having a process for evaluating, gives us a baseline idea to track against, which we can replace with real data, and continue to improve on down the line.

5 Questions You Need to Ask Before You Begin Any Project

In the following steps, we’ll use a deliciously fictional marshmallow company as an example. Through each step, Idea #1 will cover paid search advertising, and Idea #2 is creating a social media presence.

Step 1: What Is My Goal?
Yes, it always comes back to this. And lets face it, most of our goals are revenue based when you dig deep enough. You want to sell more of X. But let’s come down one step from there. For example: We want to grow sales of our new artisanal marshmallow product line, as we’ve noticed that our cupcakes and macarons product growth are slowing and we think social media or a paid search campaign, or some mix might help us achieve that. In the following steps we’ll look at both of these two deliciously fictional ideas for each step of the process.

Step 2: What is the Idea?
In the previous goal we stated that we are considering social media and paid search. The next step is to dig a little deeper into what the idea and channel is, and define the idea of what the campaign might look like. Note: It’s important to try not to get too bogged down yet with creative and logistics of “how” it would work.

Idea #1 – Paid Search: The channel is Adwords Marketing – the idea/campaign is to jumpstart sales in our new mallow product line to our mallow fan base in the US market segment of pregnant women. We’re trying to catch people farther down the “sales funnel” already. (eg. they’re already shopping for mallows!)
Idea #2 – Social Media: The channels are Twitter, Facebook, Pinterest – the idea/campaign is to create a baseline presence for our company so that over the next 6-12 months we can see what impact that has on adding more people into the top end of our funnel.

Step 3: What is the Desired Action (or Call to Action)?
Now that we have a general idea of what’s going on, do we know what we want “them” do? If there was one thing that they did because of this campaign, what do we hope that is?

Idea #1 – Paid Search: Buy Mallows! – obviously it can get more detailed, but yes. The best thing would be that they click through our ad on Google Search, and buy our marshmallows. A secondary win for us would be if they “opted in” to a relationship with us. Yeah, sometimes that’s a reach, (how many people do you follow on Twitter that you don’t even remember or know who they are? Probably more than a few). But if we have a way to reach out to them (via posting on Facebook, or Twitter, or emailing them, that’s better than never seeing them again right?) Again, only if it’s relevant. We don’t want them to “like” us if they don’t like us or know anyone who would like us!
Idea #2 – Social Media: Connect with us – specifically to “opt-in” to hearing from us again, via Facebook, Twitter, or Pinterest. Ultimately to be able to see these channels as touch points on the “trail” to buying. Often called “assists”. We don’t expect them to immediately buy mallows from us after seeing us for the first time on Pinterest.

Step 4: Can I Define “Success”?
How is this different than a goal? Well, let’s start with the opposite pair of success/failure. If it isn’t a failure is at least on the road to success? Let’s define what success (or failure) would be – in broad terms or more detailed if we know what that would look like.

Idea #1 – Paid Search: Let’s define success as any return on investment (ROI) better than ad spend or break-even. (For our mallow product line we’ll define b/e as a success because then it’s essentially free marketing. We’re not losing money, but we’re staying busy and growing our business since it’s a new product line).
Idea #2 – Social Media:  Let’s define success as social media impacting our sales funnel in anyway (whether that’s the first, last or somewhere along the way) 6 and 12 months from now. We can analyze break-even on the invested hours (of setup and management) of these social channels at that point as well.

Step 5: How Will We Measure Success?
After we know what success would look like, it’s important to know how we’ll track that success. Do we have the systems in place to do this? If not, it’s important that we find a way to know this first. Even if there’s a more manual way to track and evaluate – that’s a good place to start. Try not to design new projects/work around measurement, but we do need to know if we’re making any progress, so we can analyze and then iterate.

If you have some ideas, but aren’t quite sure how to measure success of your marketing campaigns, email me.

And that’s it! Now there are a ton of variables that can impact our marketing campaigns and stats. That doesn’t mean we just shouldn’t track anything though. It means we should track these initial tests as our “baseline.” Then, as we try new things along the way, we’ll have something to measure and compare our new efforts to.

This is Part I in a series on Metrics + Measurement for Beginners. In the next part of this series, we’ll talk about the nitty gritty details of taking the above “goal, idea, desired action, success, measure” and add in how we can estimate return with a sample Campaign Results Generator. 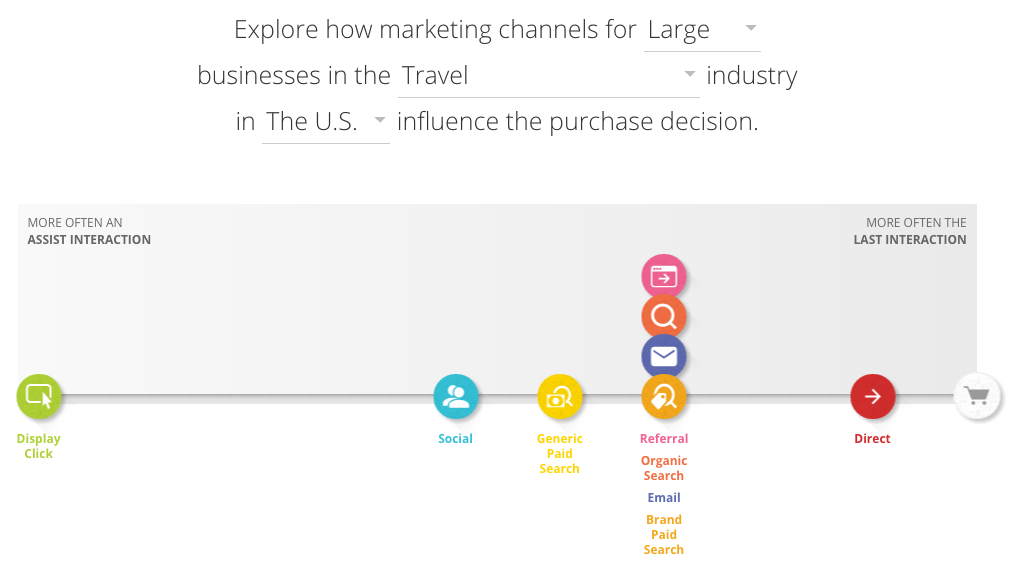 Where is email marketing on your customer path to purchase?

KPI Template: Do Something With Your Marketing Metrics & Data! 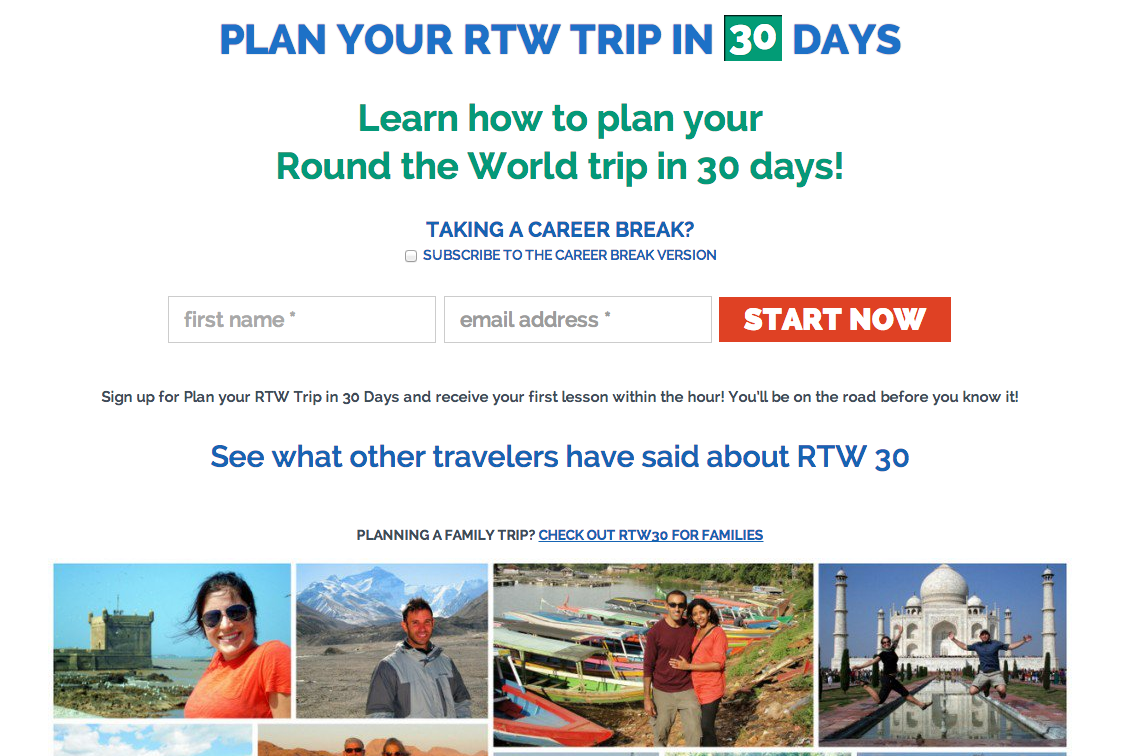 Moving 'Dreamers' to 'Do-ers' with a 30-Day Email Course

How to Calculate ROI: Here's Why You Need a Fill-in-the-Blank Template

Early Bird Strategy helps small to midsize businesses and entrepreneurs create and grow their online presence. I can help you streamline your marketing and business processes, set attainable business goals, and grow your business through content strategy, email marketing, and testing. Don't worry, you can sleep in. Learn more about me or check out how we can work together. 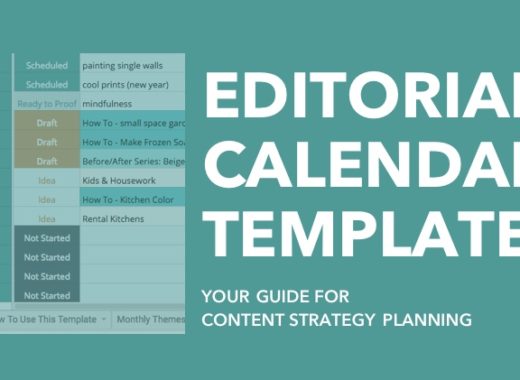 9 Ways to Prep Your Business for the Season: Holiday Marketing Tips

Why You Need an Onboarding Email Flowchart

Made with in Portland.